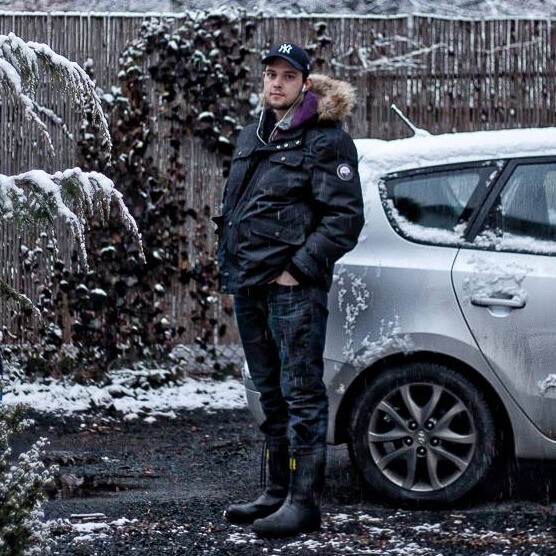 Working in the Tea industry has not been a one person decision, but a collective family effort for over more than a decade. Our journey into the world of Tea started with David’s Grandfather Irv, who operated a small company called Darjeeling Direct. They imported and sold two types of tea (Green & Black), from Darjeeling, India, and were in operation when David was still in high school.

In 2010, Darjeeling Direct had closed, but David wanted to reopen it. From a little direction from his Grandfather, and after working with another tea company to learn the ropes for a year, David decided instead to open a new company called, Satya Tea – Liquid Wisdom. Over the course of 6+ years Satya Tea created over 480 types of loose leaf tea, with customers reaching as far as Russia and Australia.

In 2015, David tried running a pop-up shop, in the North end of Halifax, it was called Tea North™. The Tea North™ café only ran for 3 months (from October – December), and afterwards David made the decision that owning a retail shop was not a direction he wanted to go. So we went back to making loose leaf tea.

In 2016, one of Satya Tea’s wholesale customers asked if David could make a ready-to-drink tea beverage.
jumping at new & fun ideas, David said yes, and Tea North™ was re-branded as a Bottled Iced Tea.

In mid-2017, with some help from the Propeller Brewing Company (Halifax, NS), Tea North™ moved from plastic bottles to glass bottles, and started carbonating the tea.

In May 2018, Tea North™ made the move to open it’s first dedicated facility for Tea North™ production, and moved away from glass bottles, and into aluminum cans.

Moving to cans have provided many new benefits, some of which are, better shelf life, full-colour labels, a slight reduction in cost, better environmental impact, but most importantly it allows us to ship tea in small packages… thus we now have an online store and ship around the world!

2019 brought a very unexpected change. Tea North™ became too large, too fast, and the production facility could not keep up. In June 2019, the Tea North™ production facility was shut down and David pivoted into a co-packing business model. This new model would allow the company to better manage it’s time and create the possibility of rapid expansion… anywhere.

In 2020, Tea North™ expanded to South Korea, and the United States.

Sorry. No results match your search.

We use cookies to ensure that we give you the best experience on our website. If you continue to use this site we will assume that you are happy with it. Privacy Policy Accept